Speaking about her new restaurant, Obaapa Christy said she established her new business to serve everyone; emphasizing that her food business is her second job aside from her music career.

Obaapa Essen came for everybody because we all need to work aside from being called by God to sing gospel music,” she told Amansan Krakye in an interview.

She continued “So when it gets to a point you need to do something that every day will help people to recognize you in order for you to be relevant in life”.

Speaking on Kastle FM in Cape Coast, Obaapa Christy disclosed that the main reason why she established her eatery is for her to be able to employ jobless youth in society.

“The work that God is using me to do should be such that someone will be able to feed themselves through me and so that’s why I have opened a new restaurant,” Obaapa Christy added.

“Because there are some people who want work to do but now that I have opened Obaapa Essen such people will also get a job to do so it’s all form of helping people in life,” she ended on the Kastle Drive Show. 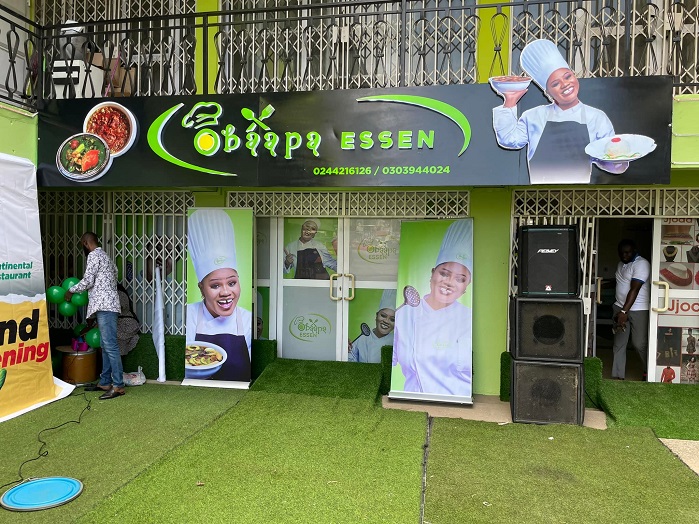