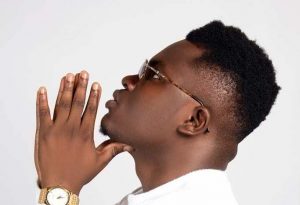 The song, produced by Vacs, talks about the ones total surrender to Christ, to make them their personal love.

KobbySalm, known for his top-notch music videos, didn’t disappoint with this new single also; he has official video (shot and directed by Rex) for the song out and already buzzing.